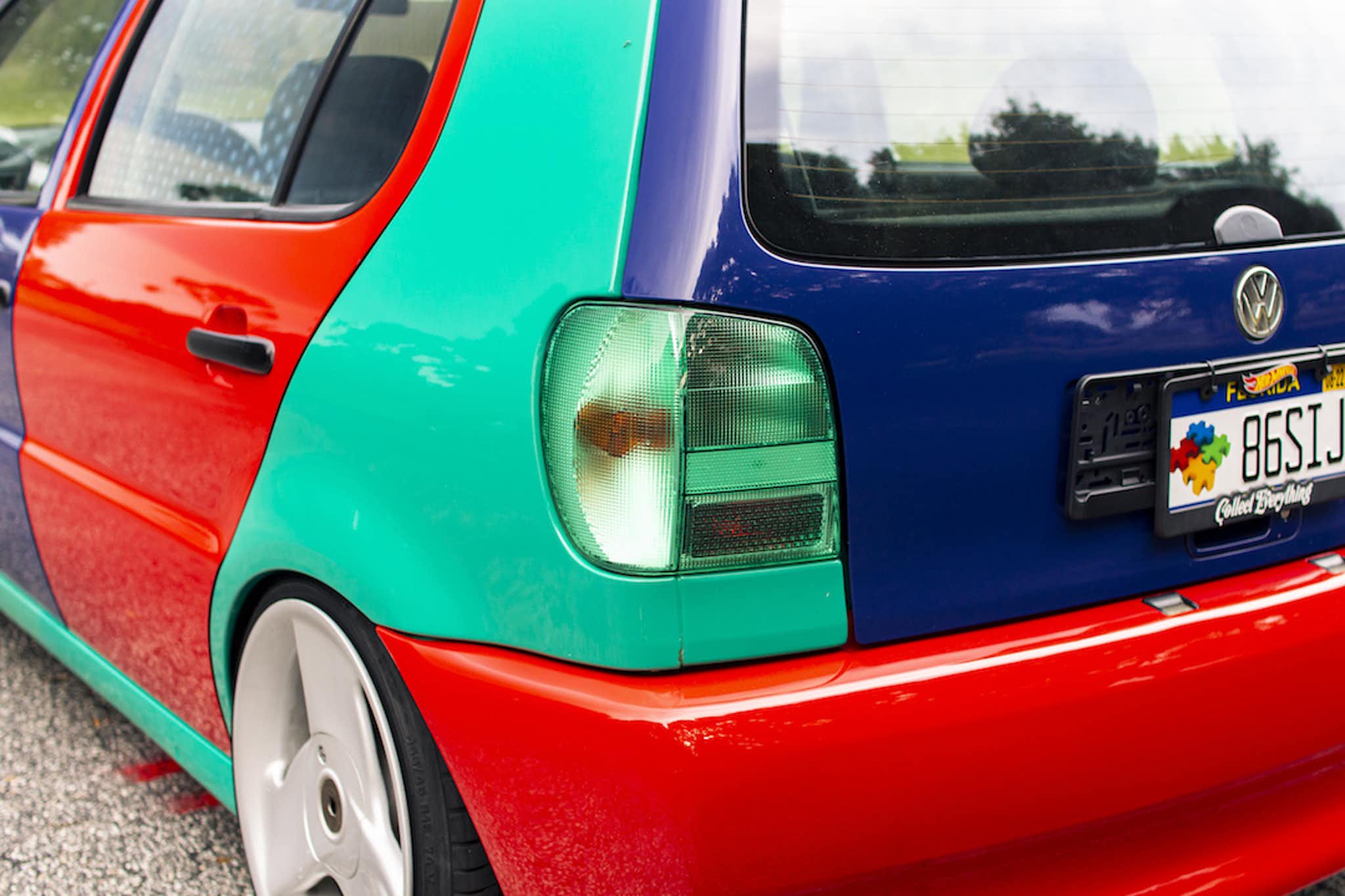 By many accounts, Ferdinand Porsche was a very serious man. Genius? Probably. Driven and prolific? Absolutely. Blessed with a good sense of humor? Ehh, not really. He would have hated the Harlequin.

And that’s OK, there are many who absolutely adore the patchwork hatches, including one man who’s gone to great lengths to collect one of each four Golf Harlequin colorways and to document every remaining example. 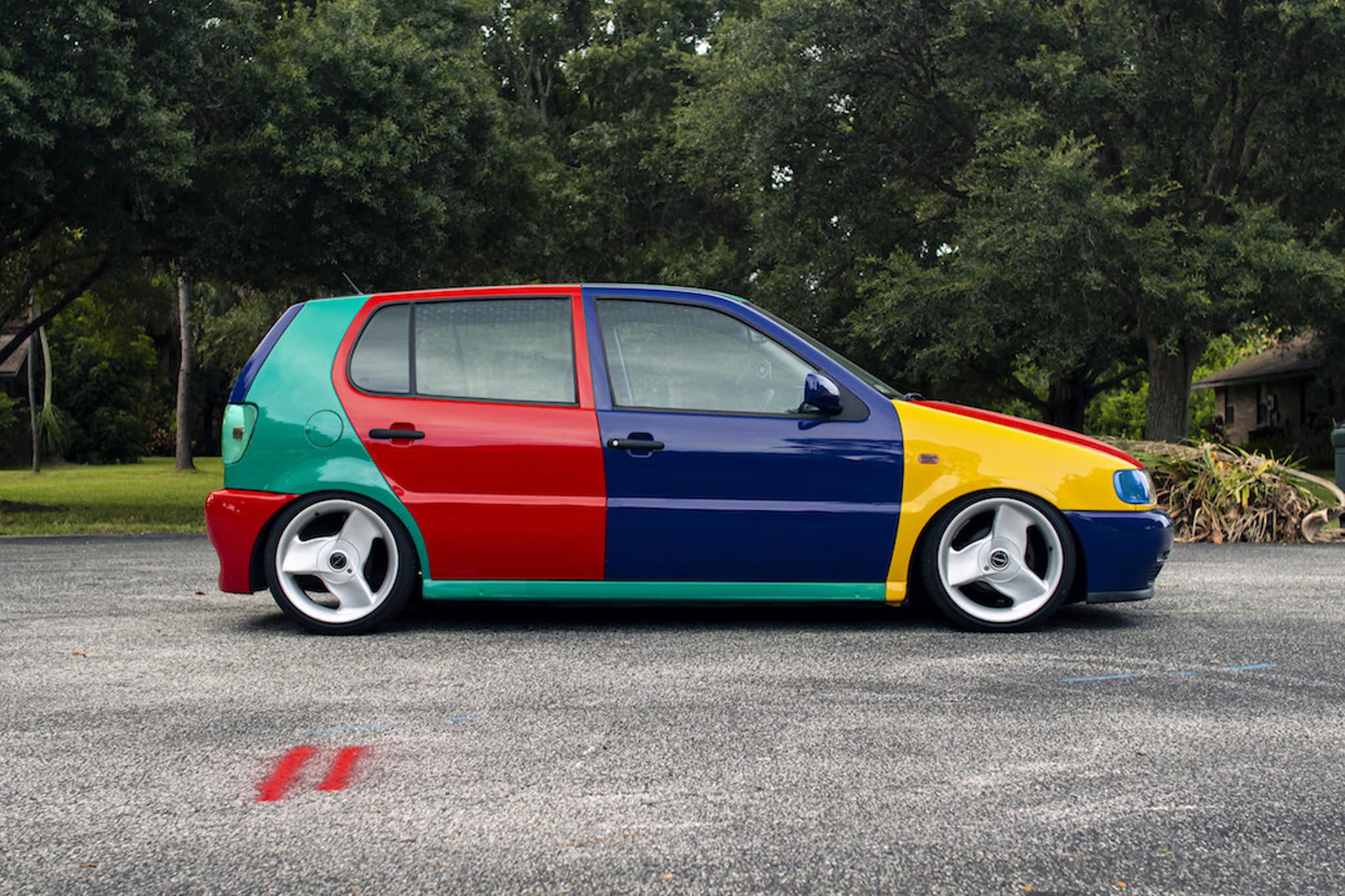 Still, Harlequin heritage didn’t start with the 1996 Mk3 Golf, but a year earlier with the Mk3 Polo. We’re told this one up for bid on RAD For Sale is one of only three or four on American soil, making it even scarcer here than the Golf Harlequin, 264 or so of which were made exclusively for the NA market. And despite its relative Stateside rarity, the Polo Harlequin was actually significantly more popular in its home market, where VW ultimately made more than 3,000 despite initial plans to build just one third that. Apparently Germans do enjoy a laugh.

Just as the case with their Puebla, Mexico-built Golf successors, Polo Harlequin assembly was unusually labor-intensive, likely involving more hand-fitting of bodywork than had been the norm at Wolfsburg for 20 years or more.

Fully assembled on the standard production line in one of four base colors — Flash or Tornado Red, Ginster Yellow, Pistachio Green or Chagall Blue — Harlequins became Harlequins when factory workers mixed and matched panels from completed cars, all according to a chart that ensured no adjacent panels shared the same color. It’s easy to identify what base color a Harlequin began life as; just look at the roof, C-pillar and rockers. 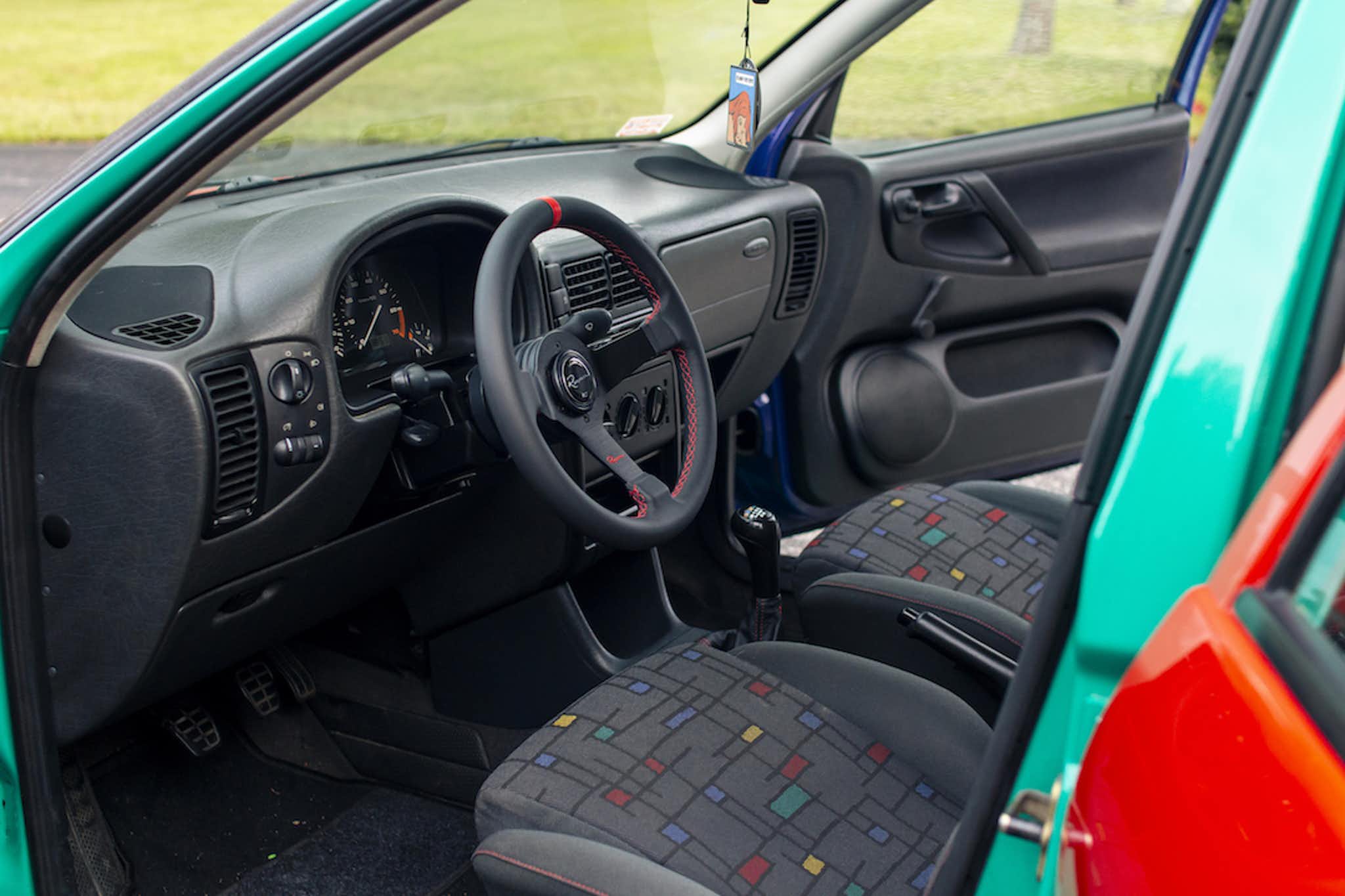 Despite what you might reasonably guess, the idea of the Harlequin wasn’t birthed in a bier-baked Oktoberfest boardroom. But rather, it was inspired by a 1964 ad touting the Beetle’s slow evolution and heavy parts interchangeability between model years, with the Harlequin itself conceived as a way to promote the then-new Mk3 Polo. And while we already know that VW submitted to demand for a production run, it’s worth noting that customers who ordered Polo Harlequins had absolutely no say in which base color their car would be painted - a mystery revealed only on delivery day. 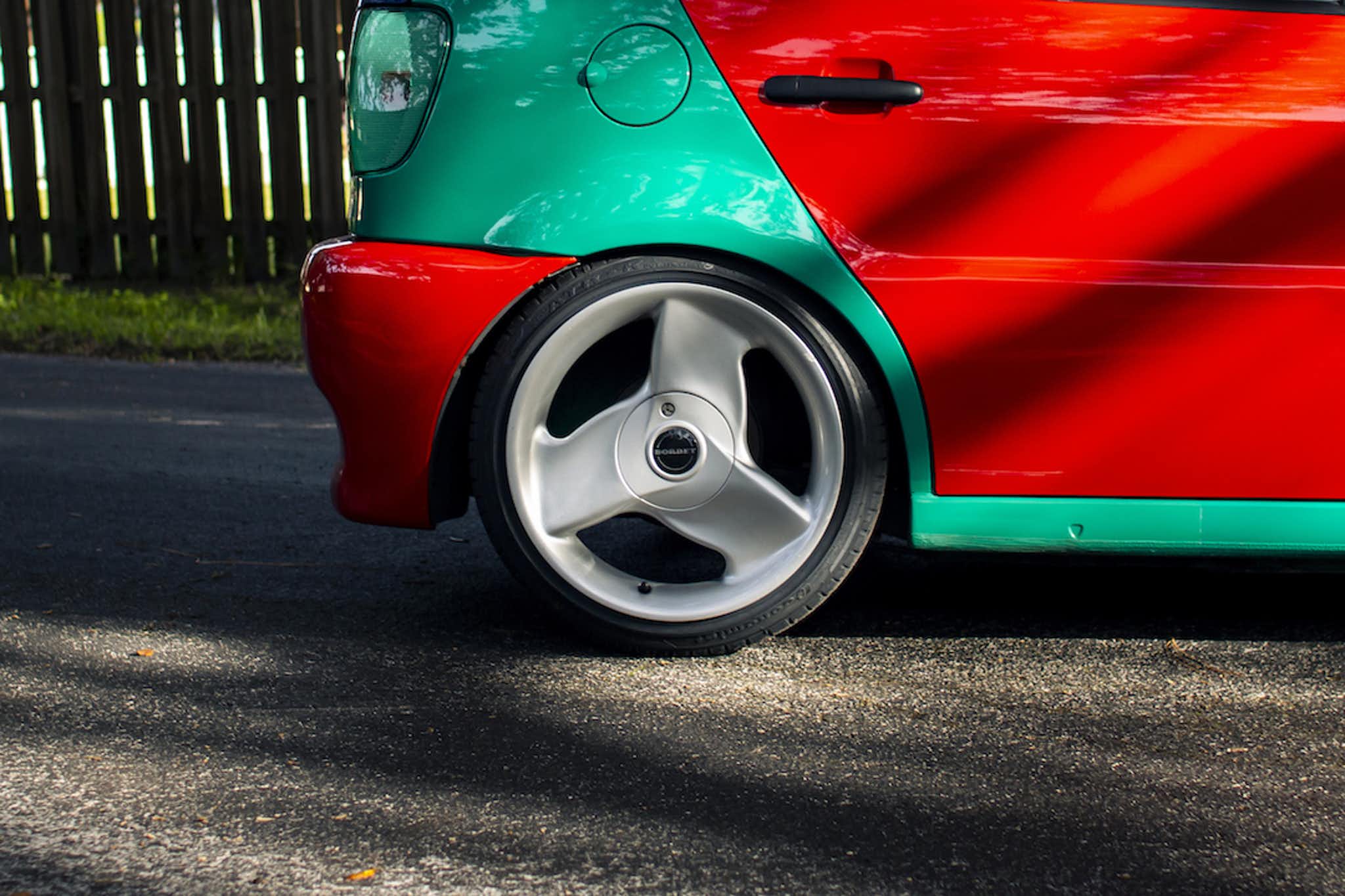 Officially named “Harlekin” in German, the first 1,000 examples were sold with numbered keychains, and all came equipped with a Smurf Blue leather steering wheel rim and shift knob, as well as the same “Joker” interior, featuring each of the cars’ four base colors in Piet Mondrian-inspired upholstery. Might we suggest a Momo Benetton steering wheel for the perfect period-correct accessory?