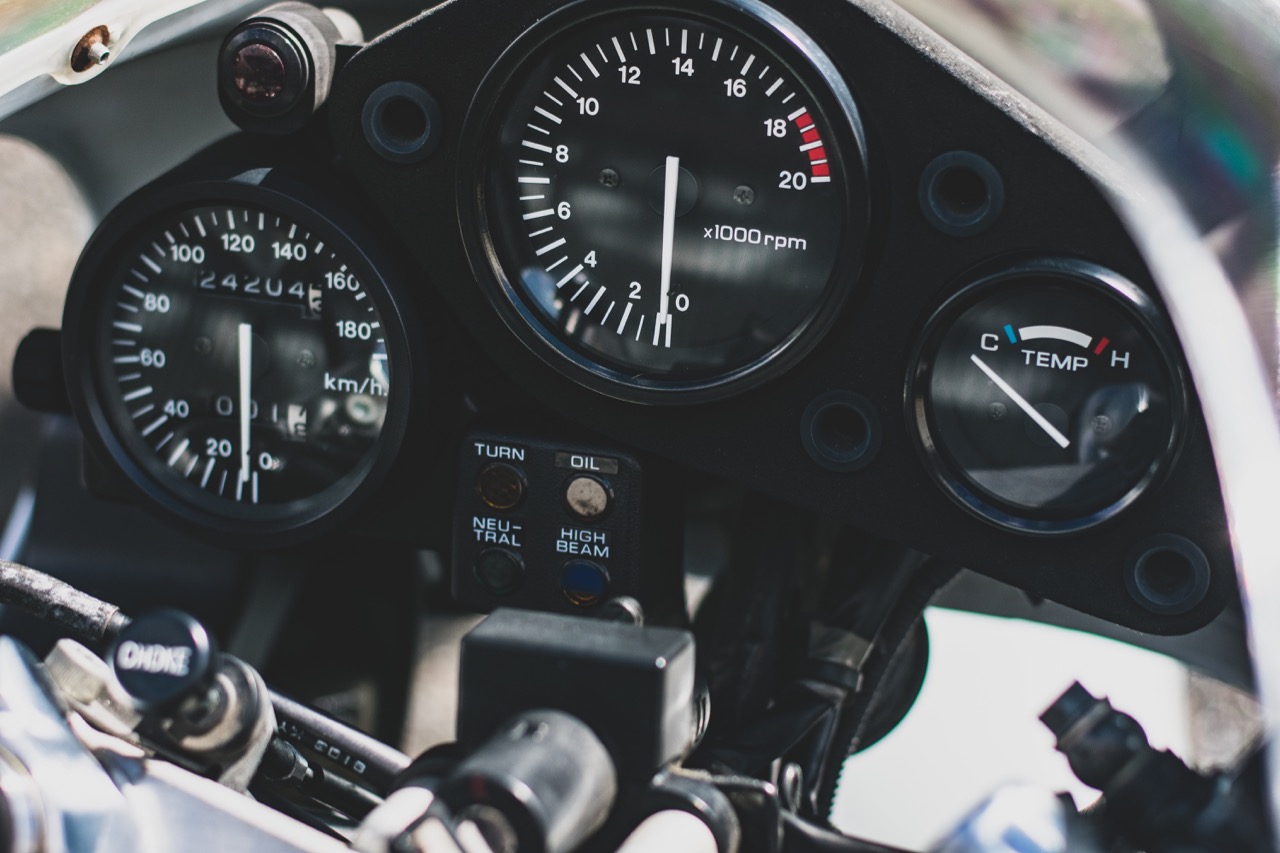 What has eight gear-driven cams, 64 valves, 16 slide throttles, and screams out 180 hp at just under 20,000 revs from one liter? The shoebox-sized V16 made of four Honda CBR250R motors that only exists in the first-gen Civic of my dreams.

What looks like a miniaturized version of the legendary VFR750R RC30, packs much of the same wildly exotic engineering as that two-time World Superbike Champion, sounds even better, and can be had for about 1/15th the price? Yep, the CBR250R. 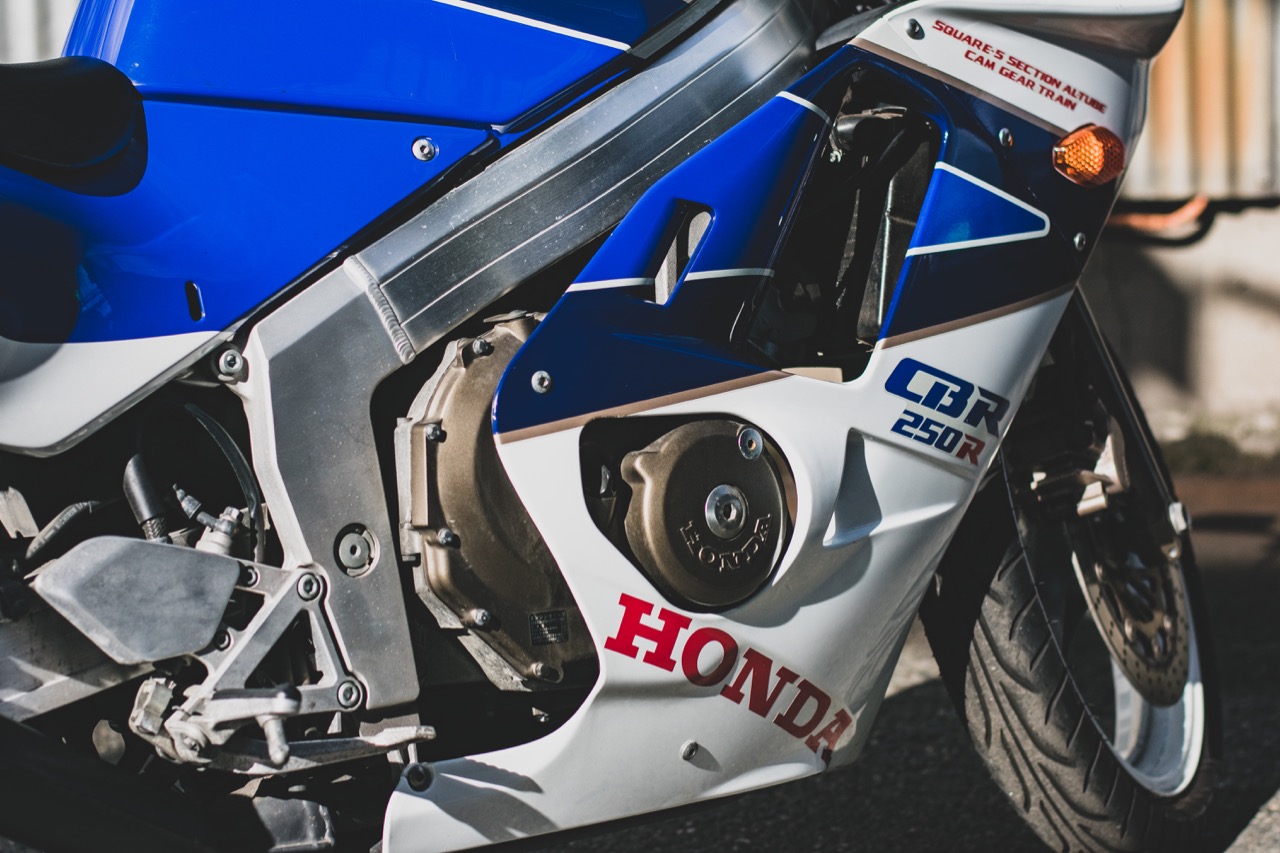 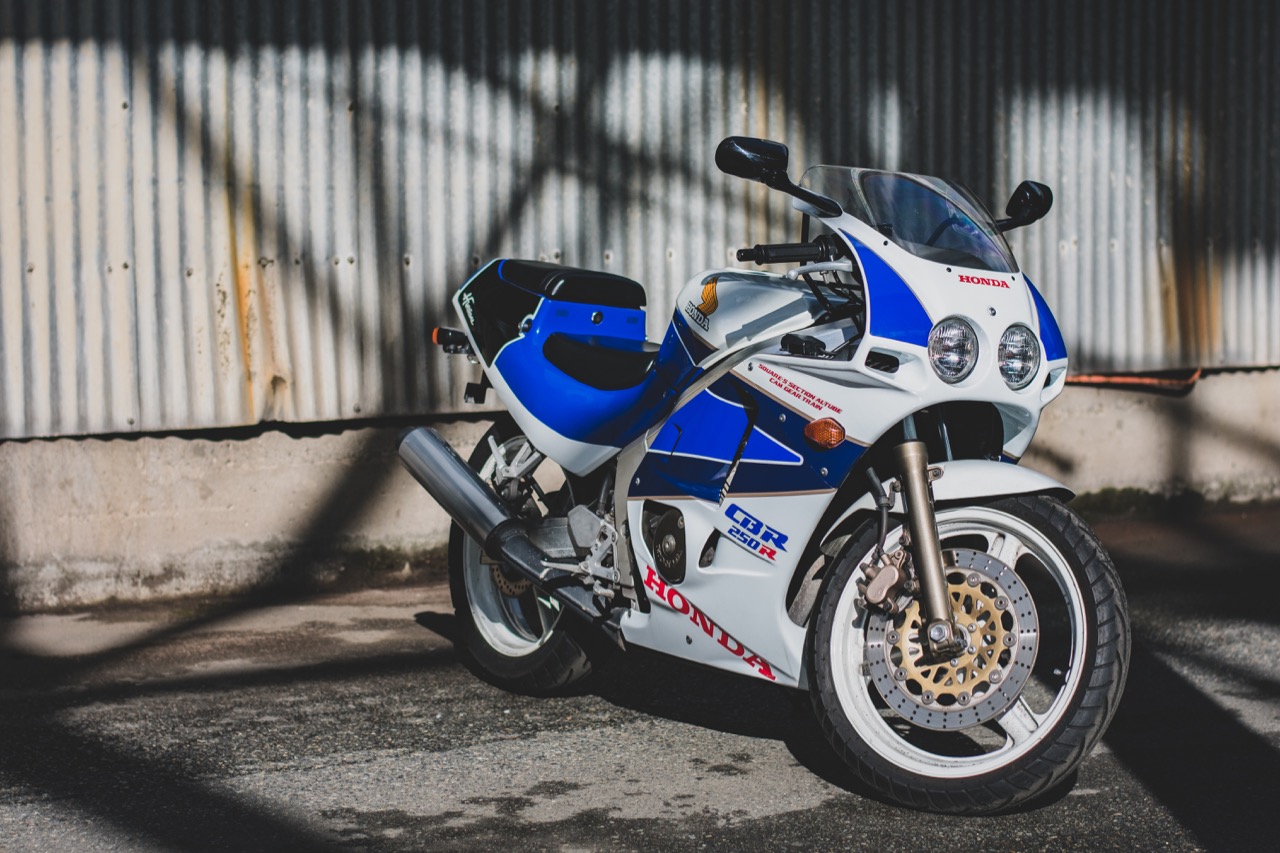 Here in North America, many view bikes displacing less than 600 or even 750 cc as beginner’s machines, though in Japan, as is so often the case, it’s a very different story. For starters, bikes displacing more than 250cc face heavy Japanese road tax penalties, not to mention usage restrictions in certain areas of the country. Quarter-liter motorcycles are also excluded from the notorious Shaken process. 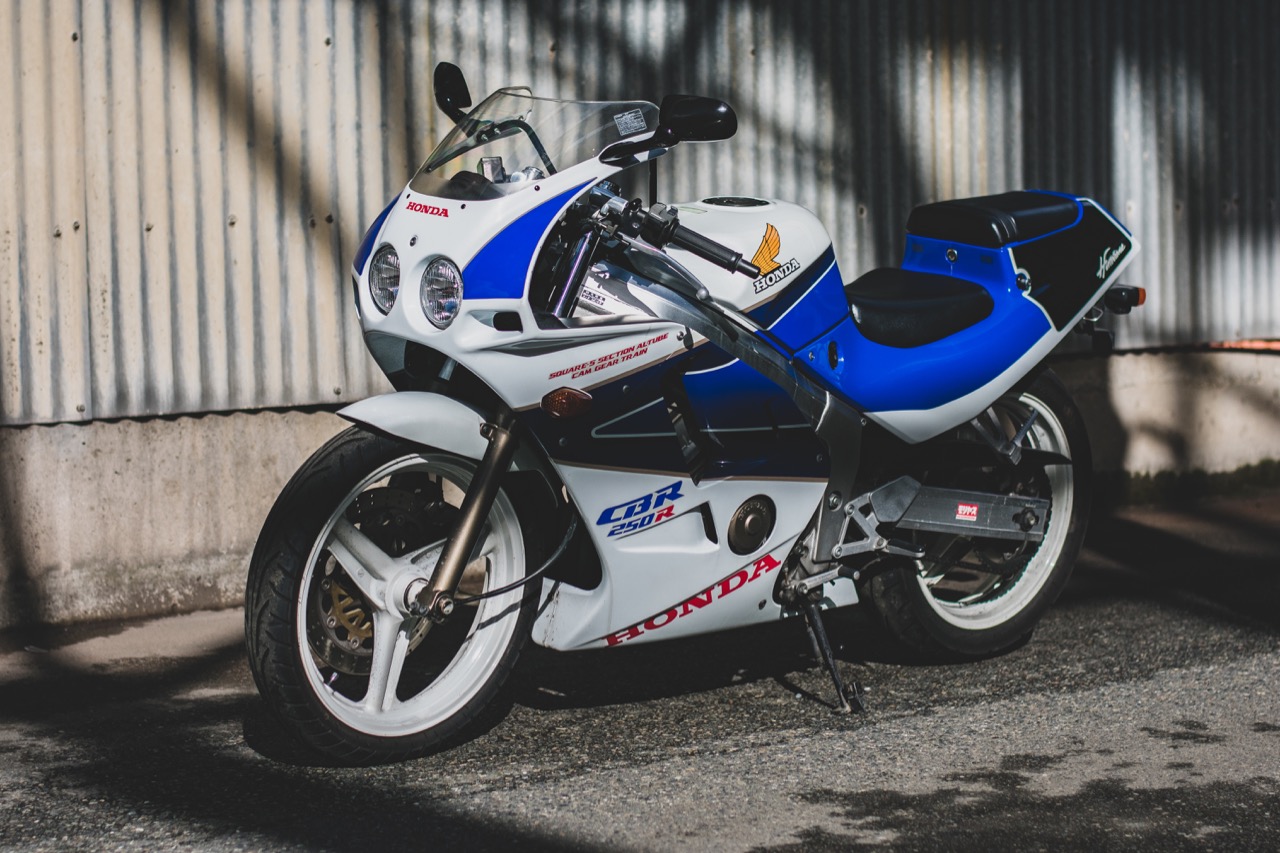 Unsurprisingly, this uniquely JDM situation has fostered a large niche of serious Japanese motorcycle enthusiasts who demand the same type of high-end tech and engineering offered by big-engined supersport bikes, but in miniaturized, more tax-friendly packages. Enter a quartet of Bubble Era 250 four-cylinder screamers - the Yamaha FZR250, Kawasaki ZXR250, Suzuki GSX-R250, and our featured favorite of the four, Honda’s CBR250R.

Combining killer looks (all hail the Twin Round Headlight Era!), superb handling, top-notch build quality, and of course that headline redline, the CBR250R is an incredibly appealing little package, and that’s ignoring what for many is the bike’s most exciting feature of all. Gear. Driven. Cams. 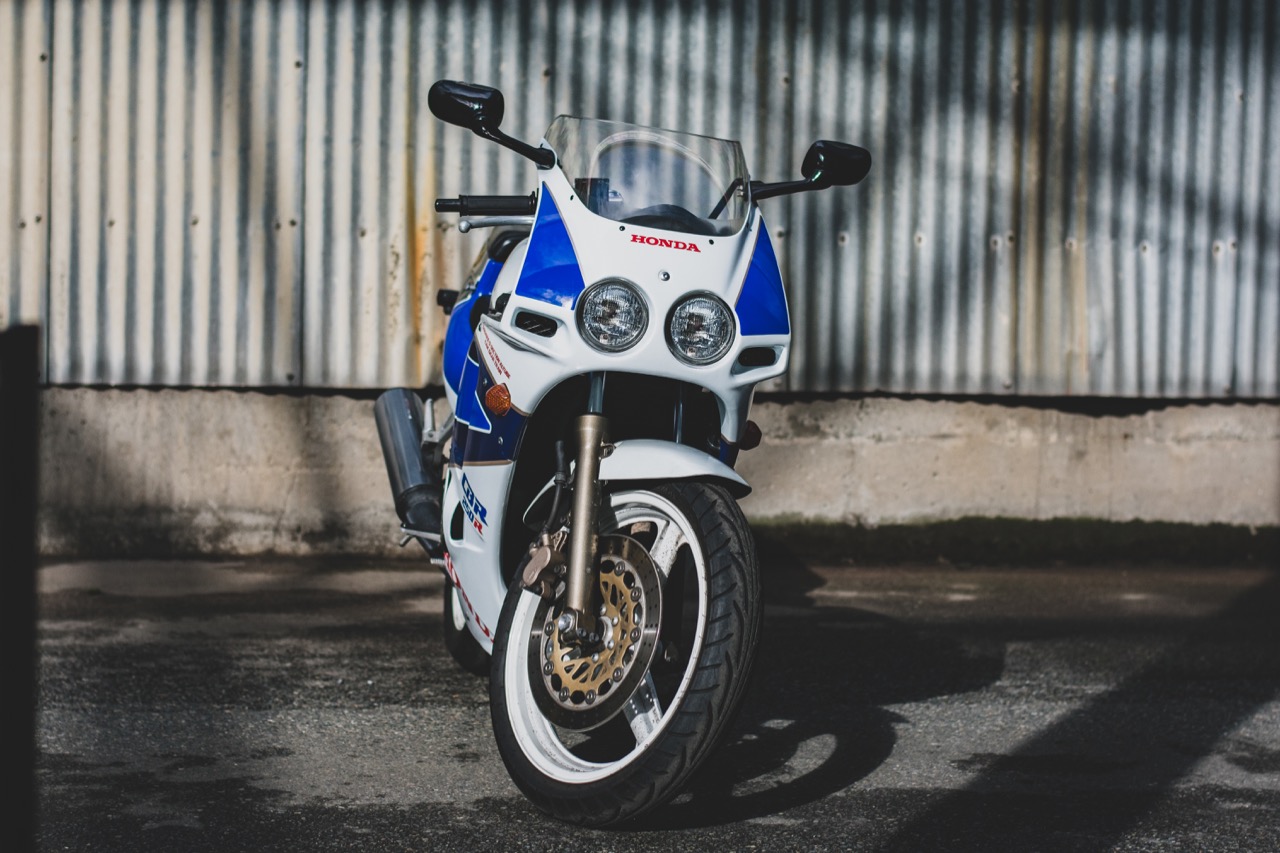 It just doesn’t get more exotic than gear-driven cams. Excluding the upcoming GMA T.50, Gordon Murray’s holy vision of the final and all-time-great ICE-engined hypercar, we struggle to think of a single roadcar featuring this race-bred tech. Outrageously expensive to engineer and manufacture, what are the advantages of this system? In a nutshell, a cascade of gears connecting cams to crank provides much more precise and reliable valve control than a timing belt or chain, particularly at the types of stratospheric revs where the CBR250R does its best work. The added layer of aural complexity is just icing on the cake. 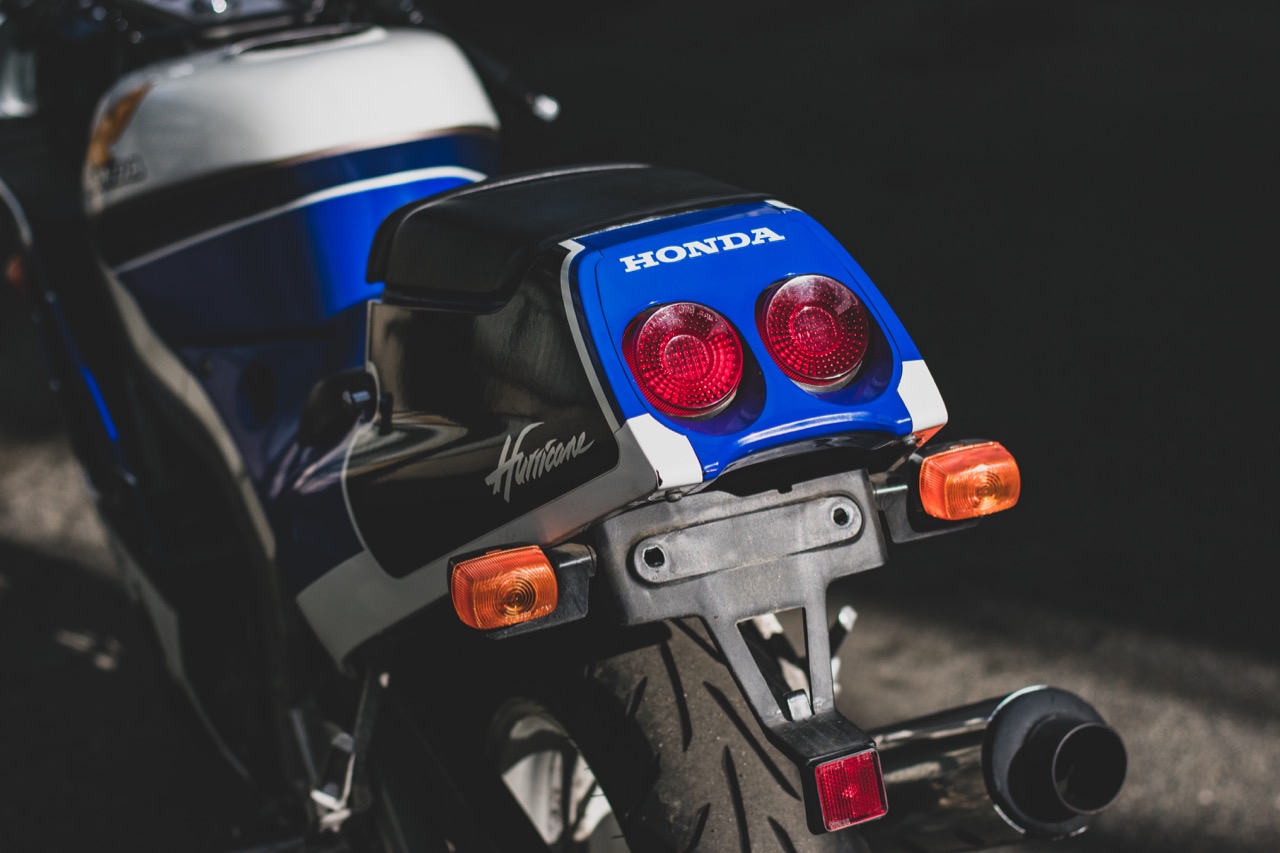 And it’s not the slouch you might imagine, either - 45hp in a roughly 335 lb bike with a close-ratio 6-speed is nothing to sneeze at, as reflected by a 4.5-second 0-60 time and 128 mph top speed. Ninety-seven miles per gallon (!) is somewhat astounding as well.

Check out the beautiful blue and white ‘88 example up for auction on Rad For Sale here.