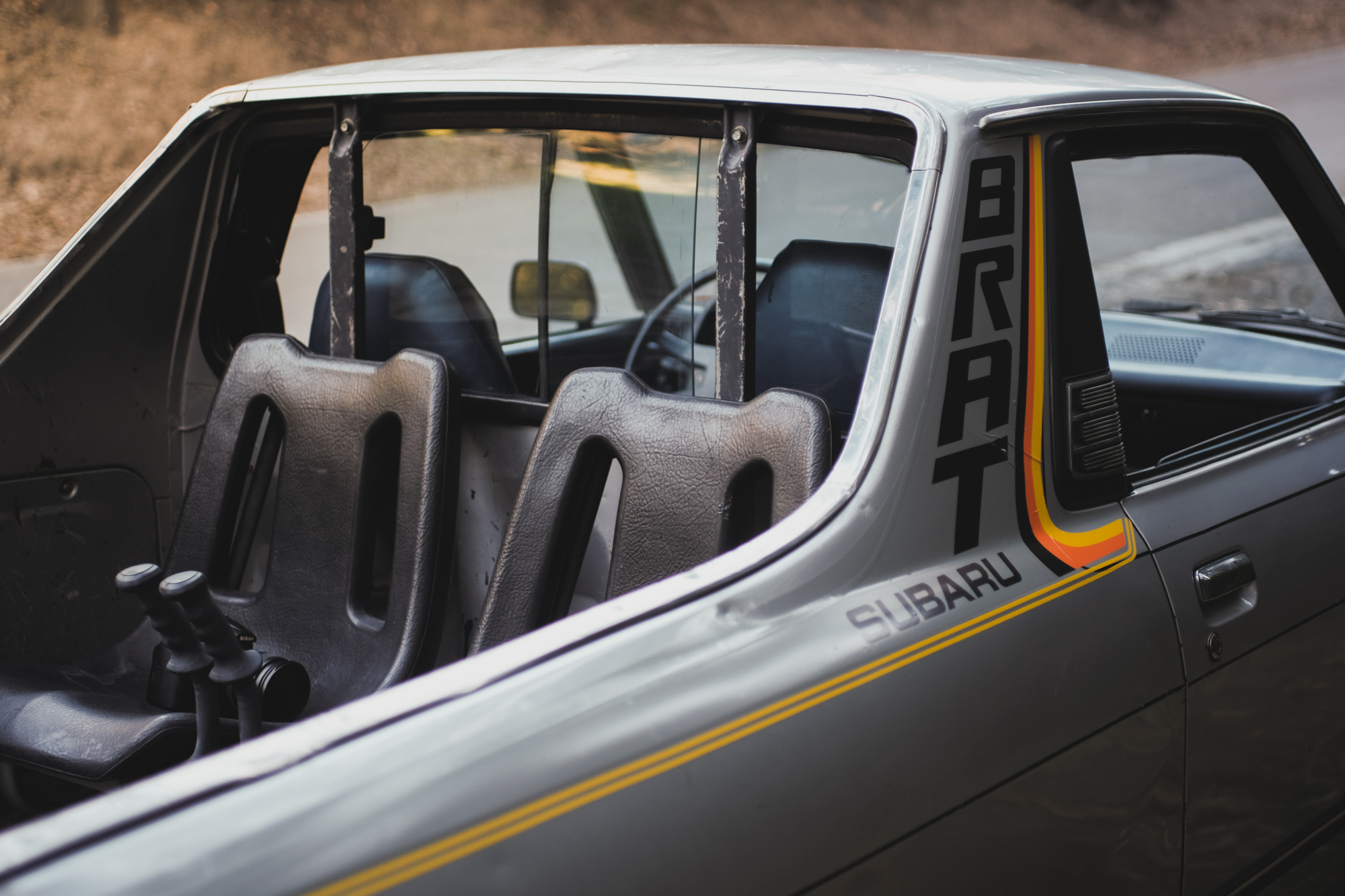 You haven’t lived until you’ve stared face-first into the eyes of the person driving 65 mph in the car following you. No, your car is not in reverse. Instead, you’re white knuckling the rubber handlebars on the rear facing jump seats bolted in the bed of your buddy's truck. The one he just scored, on a 'No Reserve’ auction from Rad For Sale...and it’s the bee’s knees. Now, let’s take a moment and chat about the odd history of this Japanese built, German influenced, American cult classic: the Subaru Brat.

At first glance, it’s easy to mistake the Subaru truck body for that of a bastard El Camino. They share the same coupe/light-duty pickup configuration, albeit with very different origins. The El Camino came to fruition in 1959 as Chevrolet’s response to the already established Ford Ranchero, but the Brat, however, was born from the bitter fires of a poultry war. That’s right, a chicken fight. 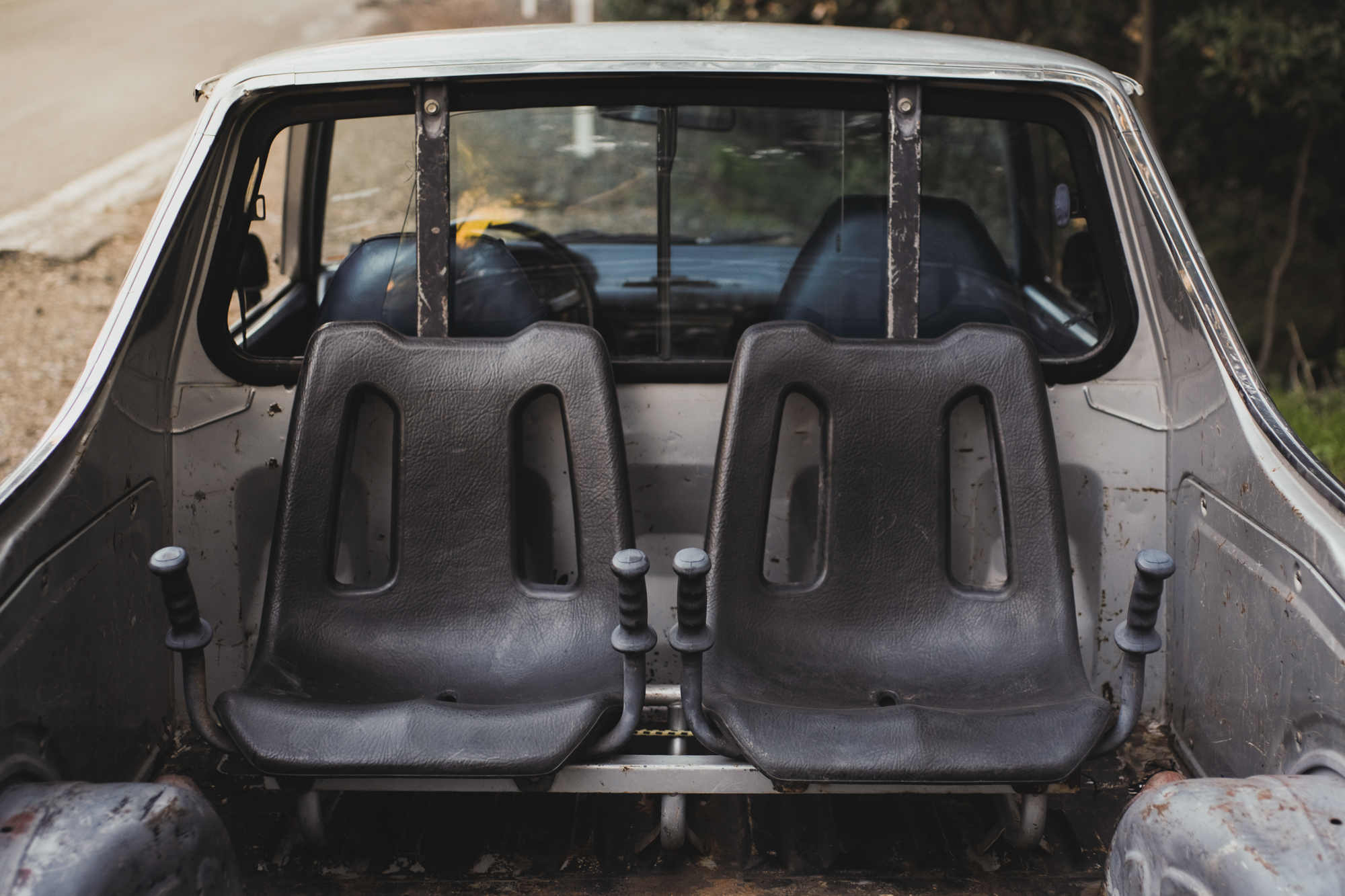 It was 1961 and the world was enjoying a period of free market trade. Germany was in the midst of a rapid and painful rebuild post WW2 when their domestic farmers began to feel the American chokehold of mass scaled commercial poultry farming. In order to balance the scales of inexpensive US chicken, Germany and nearby France imposed tariffs on American birds, thus inflating costs for the consumers going with foreign meat. This may have bolstered the fowl market in Germany, but by 1963, then president Lyndon Johnson was experiencing the adverse market effects of these chicken tariffs and sought revenge. After some pre-emptive food and alcohol tariffs, Johnson put one German brand name in his crosshairs; der Volkswagen.

Enter: The Chicken Tax. This American imposed tax (somewhat counter intuitively named after the exported goods and not imported items) imposed a 25% premium on any vehicle imported to the United States that was classified as a light truck or van. This would be a direct attempt to put the kibosh on Volkswagen’s booming bus sales and damage the introduction of the Type 2 truck, in turn, hitting back at Germany. The plan worked, however, the fallout from this decision would have unintended consequences for automakers around the globe. Japanese manufacturers were churning out reliable and attractive trucks, too. Companies like Toyota, Isuzu, and Subaru were forced to dissect the legality of the tariff and deployed a little bit of human ingenuity to compete. Trade wars weren’t going to stop the importation of foreign trucks, but the decision would inadvertently solidify the American utility vehicle as the premier choice for decades.

Enter: the loophole. After close examination of the tariff, each manufacturer created their own way to navigate around the import tax and ultimately still bring something stateside. Some workarounds included part disassembly until the vehicle could be reclassified for shipping and reassembly stateside, while others included backing their trucks out of the American market altogether. Subaru was faced with the task of clearing their new American aimed import from the tax which was particularly difficult considering the coupe configuration. There was no way around it, the BRAT was a light duty truck. After looking further into passenger regulations, the “engineers” at Subaru realized that adding two rear-facing seats into the truck’s bed, while unconventional, was enough to change the classification of the BRAT from simple pick-up to tariff-free people mover. Bingo. 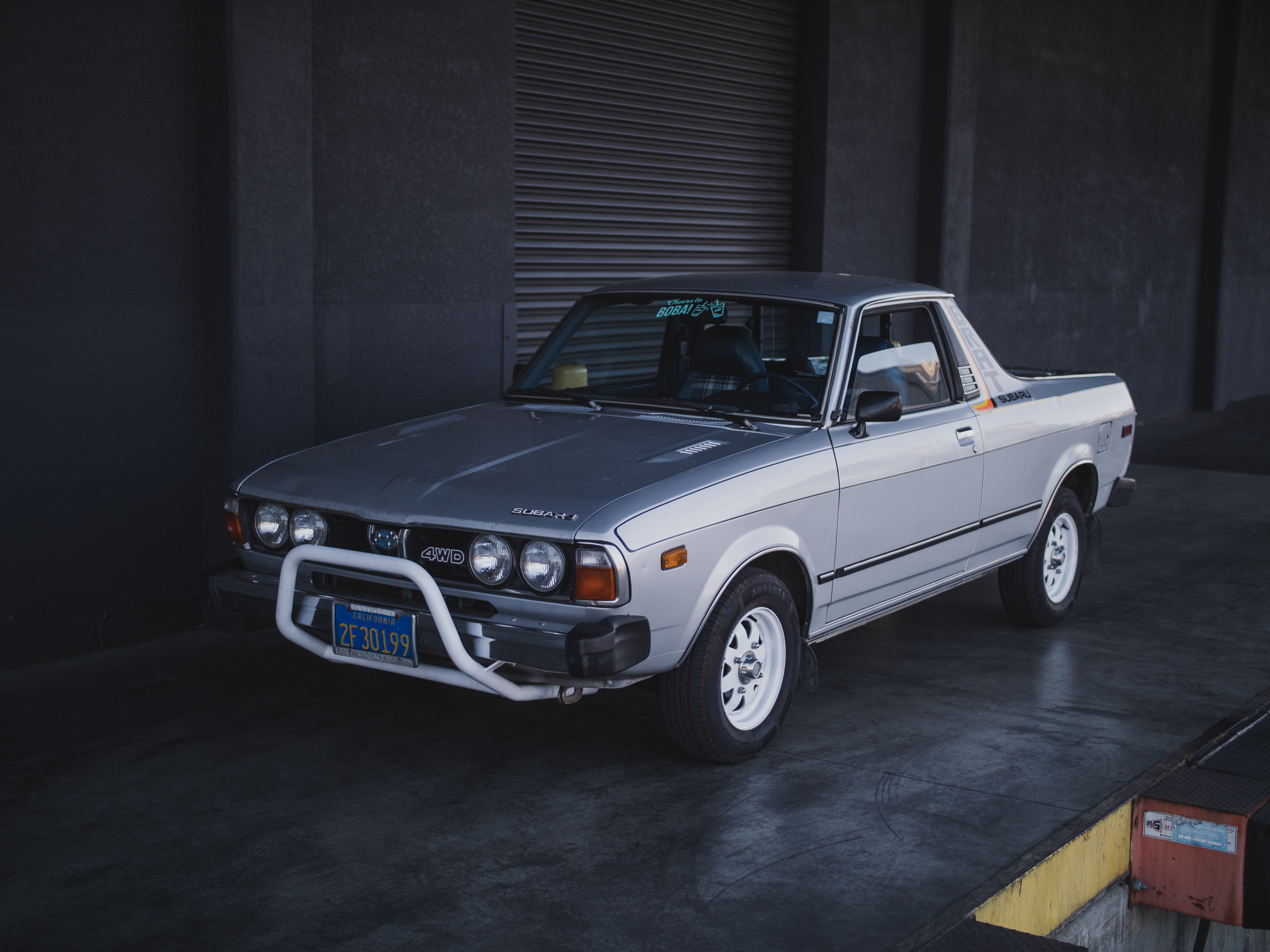 Even though it’s kitschy, the BRAT wasn’t playing parlor games. Its name was derived from the acronym B.R.A.T. or “Bi-Drive Recreational All-Terrain Transporter.” The little ute was equipped with Subaru’s own interpretation of a 4wd system, allowing the engagement of the rear wheels to be toggled on or off by the driver. This was a pretty neat system as it allowed for a civil commute as well as plenty of grip when called upon. This feature also set it apart from its American contemporaries which were built on lower and less capable car chassis.

Examples of the BRAT continue to grow in value to match and even surpass the original retail cost of the car, which is good news for both seller, and the lucky buyer of this preserved example that just sold on RAD For Sale.

If you happen to see a BRAT out on the road today, give a friendly wave to the owner. The past four decades haven’t been kind to the remaining few all-terrain warriors. The rust gods have taken their fair share of BRAT’s, as have smog stations, often intimidating 80’s car owners into giving up on their ski-pole dreams. And if you’re ever offered a ride in one, we encourage you to jump at the chance to “go skiing” in the back of a BRAT. After all, It might be a while until the next chicken tax comes along. 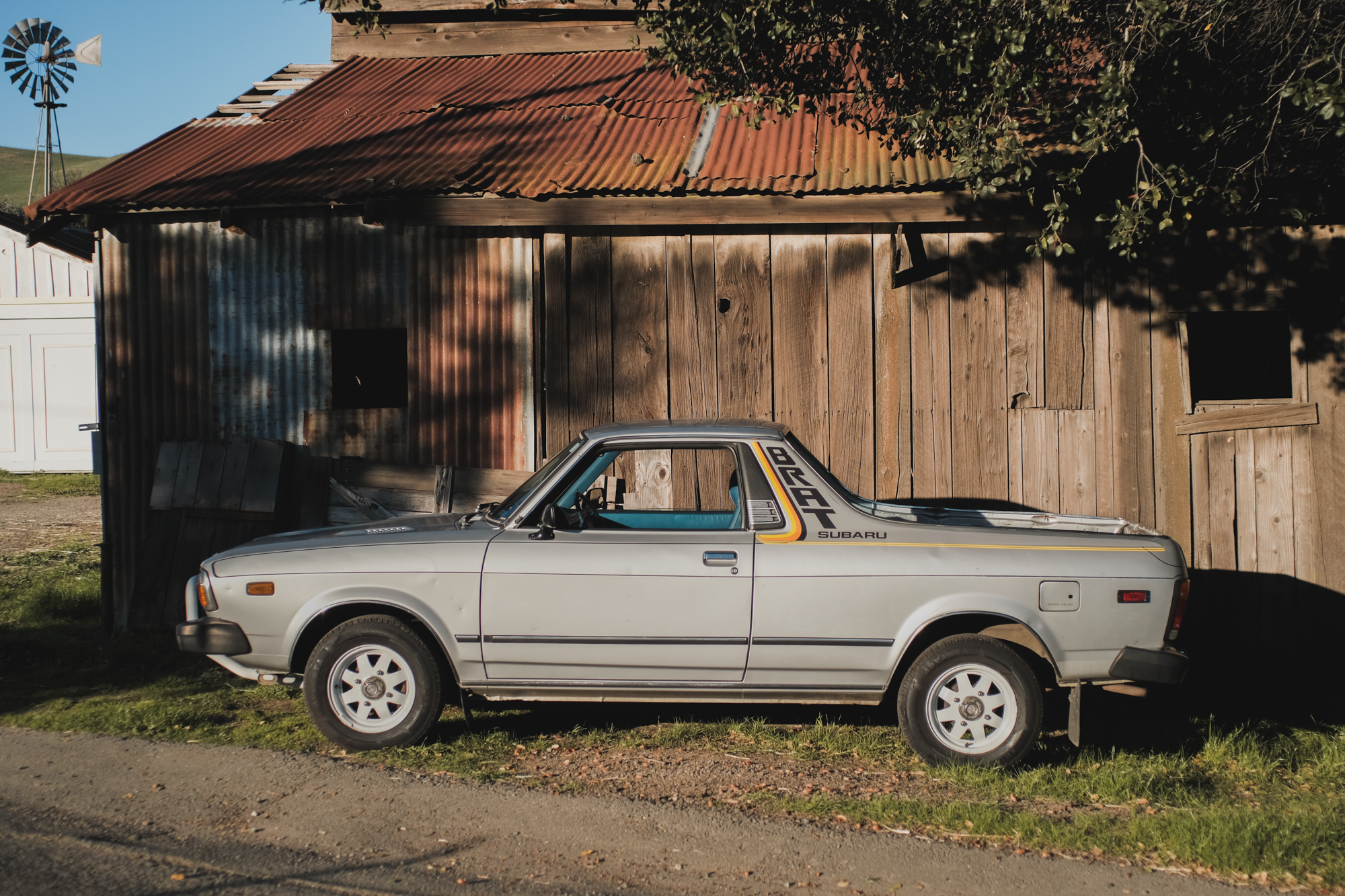