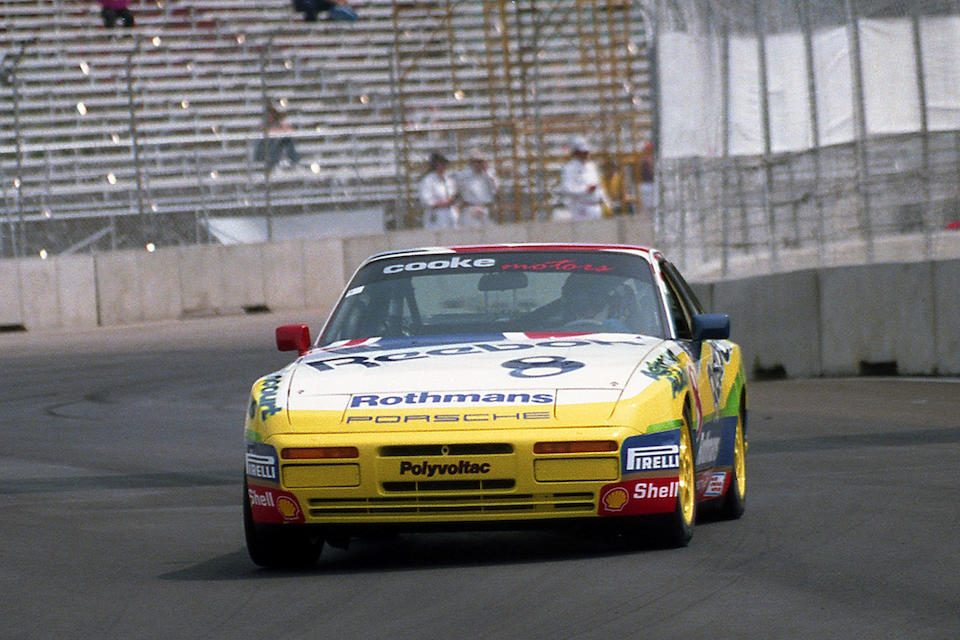 These days when you hear Porsche Cup, the mind immediately drifts in the direction of the famed 911 GT3. Since the 964-generation, Porsche has been running a spec series for its current 911 model. The series is something of a unique case, as it is populated by young drivers and older gentlemen drivers as well, though there is little in-between. Up and coming talented youngsters find their way through this series to lucrative careers as tin-top racers the whole world over. Older wealthy professionals race in the series because they find golf a boring way to spend their weekends. 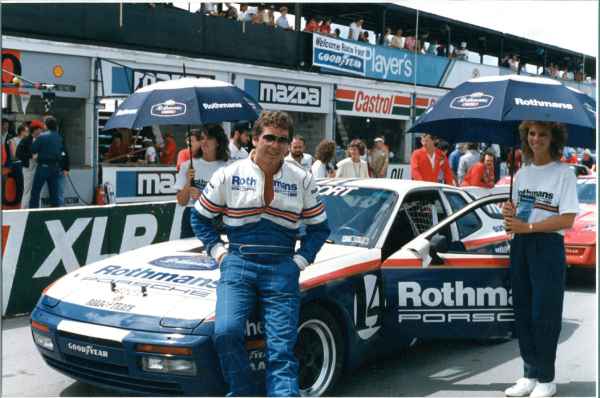 Back in the 1980s, however, Porsche started this trend of one-make racers not with a 911, but with the hottest version of its entry-level model 944. The Rothmans Porsche Turbo Cup was a Canadian-based version of that series, though additional identical Turbo Cup series were run in South Africa, France, and Germany. From 1987 to 1990 Porsche built an estimated 192 examples of the hotted-up race car for worldwide consumption.

Each 944 Turbo Cup was prepared to the same specification with as many as 99 different changes from the standard cars. The shell itself was kept as light as possible, with no sunroof, no insulation, and no rust protection. For longevity under strenuous racing conditions, the Turbo Cup got bigger brakes from the 928 S4, a stronger clutch, and modified gearing in the transaxle. With trick bits like a fiberglass hood, a magnesium intake manifold and oil pan, lightweight wheels, and special thin carpeting, the car weighed some 600 pounds less than a showroom-stock 951, despite looking largely indistinguishable to the casual observer.

Porsche didn't imbue the 944 Turbo Cup with a ton of extra power, increasing boost a bit with a larger turbo, but largely leaving the engine in stock configuration. But as a lighter car with better brakes, a stiffer chassis, and improved suspension, it was determined it didn't need much more than that. The car was ready to race, pretty much out of the box. The ability to sprint from 0-60 in 4.4 seconds is pretty impressive today, but in 1987 it must have felt otherworldly. That's practically teleportation levels of mass shift.

The series was known far beyond the borders of Canada as one of hard-charging and close action. By dint of having identically prepared cars, every driver in the race had a chance to show off their talents and skills on equal footing. If you were a fast driver and luck was on your side, you were in contention to win. If you were a slow driver or an unlucky one, you finished near the back. It's as simple as that.

There are dozens of in-period videos from the races in Canada available on YouTube, but I recommend you start with this onboard video from inside the cockpit with Canadian legend Scott Goodyear. Due to a technical issue, he qualified 21st and worked as if a man possessed to get through the field of identical cars. Drafting, door banging, overboosting, screaming revs, tires in the Mont Tremblant grass, outbraking, juking, and just plain better driving earned him a position among the pantheon of legendary drives. By the end of lap one, he's fighting for tenth. It's truly extraordinary, and certainly indicative of the level of performance these cars were capable of.

As the car that sparked a global phenomenon of Porsche single-make racing which has sold thousands of cars to racing teams all over the world, Porsche would be hard-pressed to call the 944 Turbo Cup anything other than a success. The current Porsche Supercup runs as a support series to Formula One, racing at famed circuits like Monaco, Silverstone, and Spa-Francorchamps. While the 944 Turbo Cup series was a bit more home-grown than that, Canada managed to turn it into something that still has legs 35 years later, which is truly impressive.