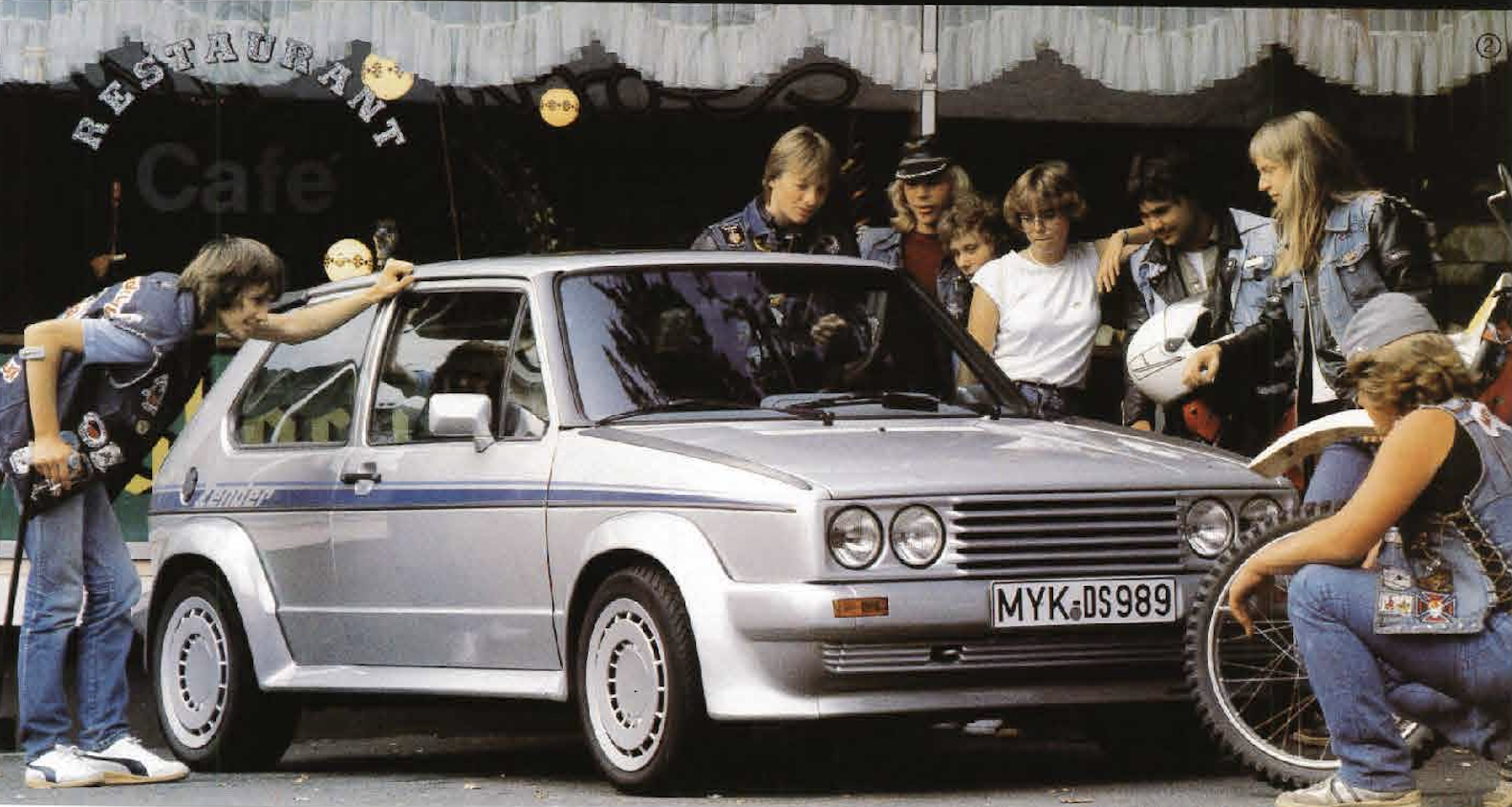 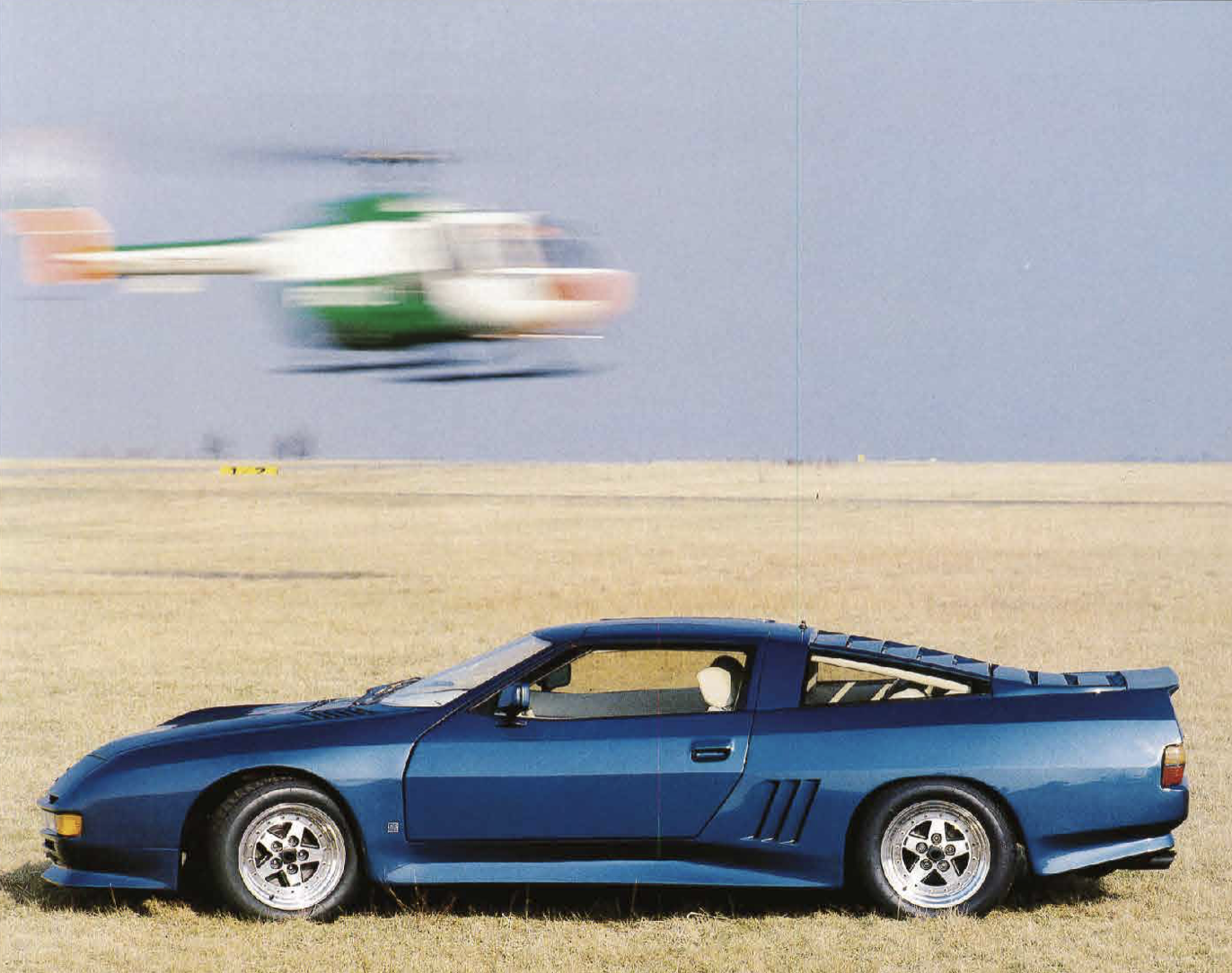 A competitive aftermarket for German imports existed long before in-house tuners became the industry standard. Shops popped up across the country specializing in various platforms, offering everything from horsepower bumps to elaborate audio systems for all makes and models. Unfortunately, time has done a number on the written narrative for most of these companies. AMG and Dinan have been cemented in automotive history, while most bespoke companies went quiet into the dark night leaving us with the photo-scanned pages of old magazines to remember them by. At the heart of each of these tuning companies was a passionate and dedicated individual who possessed a fire for the future of the industry and few men embody this ideology like Hans Albert Zender. 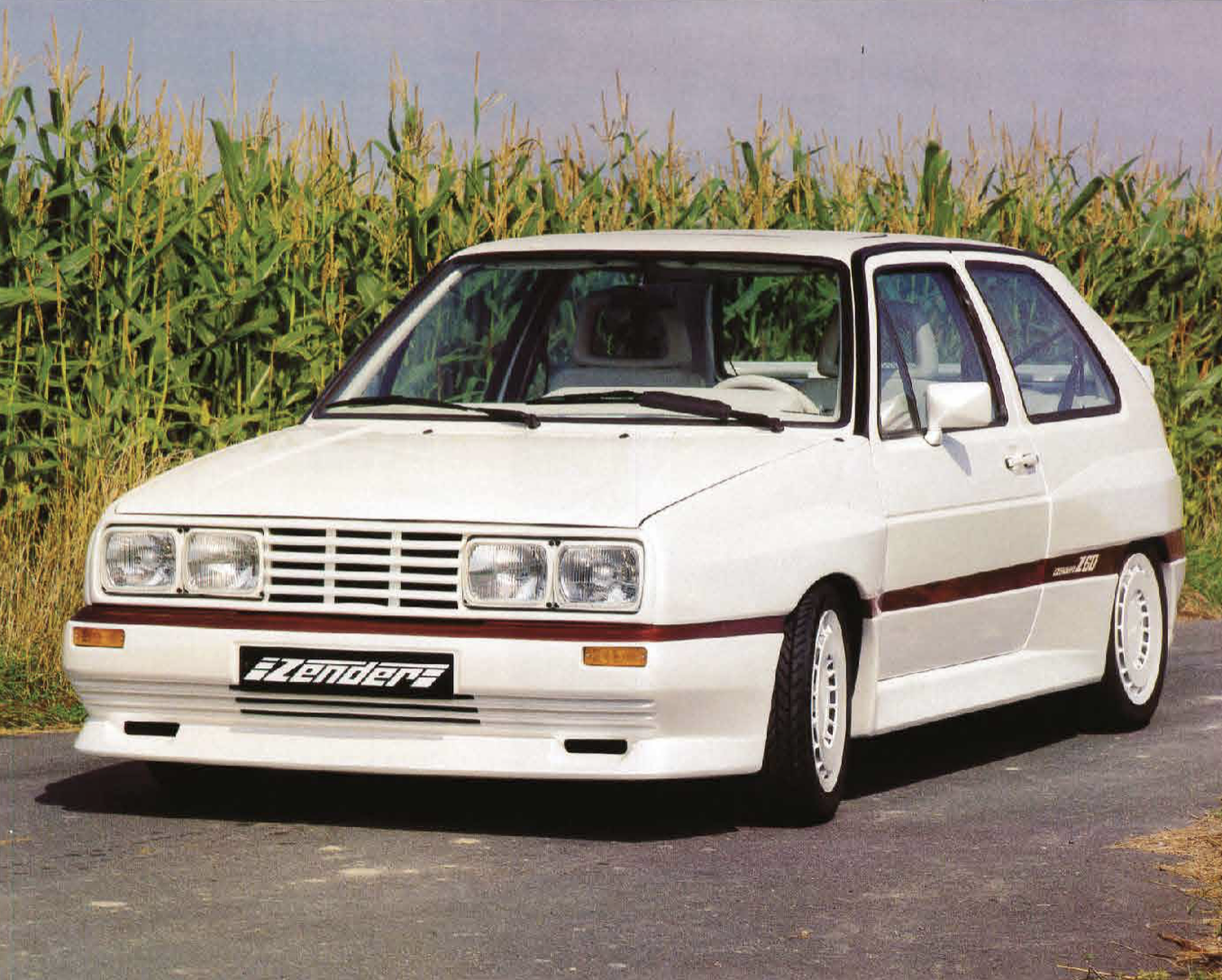 Mr. Zender was the lead thinker and automotive guru behind Zender-Groupe- an auto Haus that’s still in operation today as a behind the scenes partner to many of the premier OEM manufacturers. At the tender age of 23, Hans created his first handmade bucket seat in a dusty German garage after having trouble finding one cheap enough for a young racer on a budget. By the late 1960’s, Hans was operating under the business moniker “HAZ”, producing seats for friends and local race enthusiasts in a one-man fury. His initial success with hip holders would allow the company to expand into fender flares and other aerodynamic body parts where Hans Albert Zender (H.A.Z.) would eventually rebrand the company and go on to sign his first corporate contract as Zender-Group. Success while in contract with Ford Werke AG afforded Zender-Group the opportunity to spend the rest of the early 70’s improving on plastic compounds and compositions. Various advances with glass fiber reinforced plastic (GRP) prepared the company for what would be its most recognizable partnership of the era: the 1975 VW Scirocco Cup. Zender’s refined materials were being used for aerodynamic upgrades which helped introduce the importance of downforce through chin spoilers, aero blade wheels, and other previously underutilized body surfaces, but more importantly - they looked killer. The series had a finite lifespan, but the cultural impact of the Zender Volkswagen partnership is still felt today. 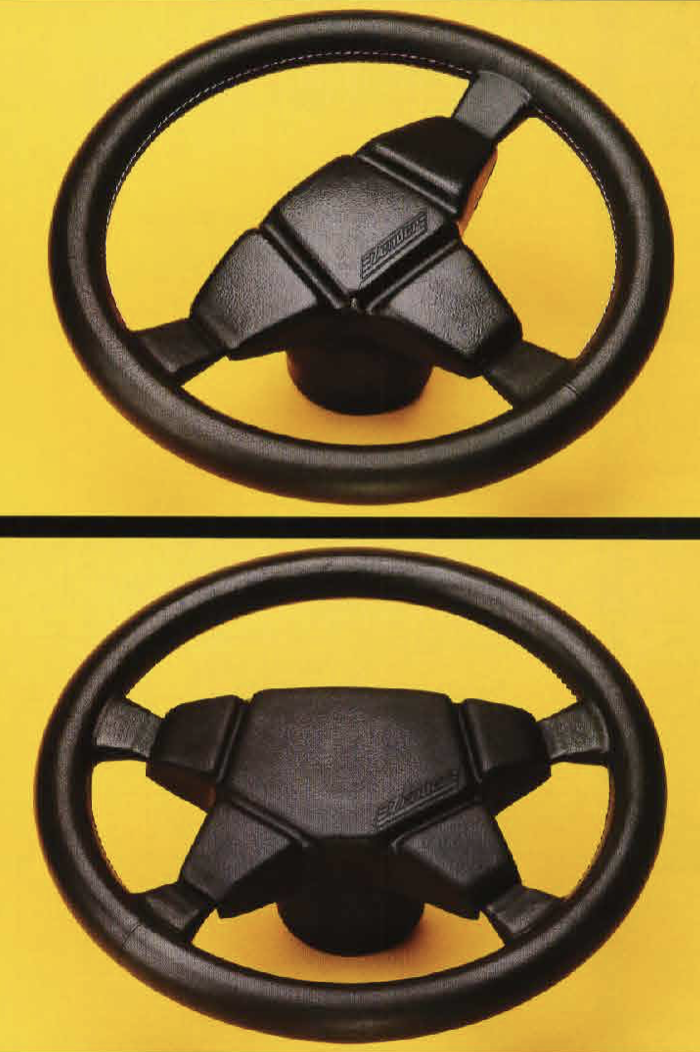 Early Zender body parts for the Scirocco and Rabbit are rare as hen’s teeth and highly sought after for their appeal to euro-tuning enthusiasts. Zender would continue into the 80’s trying their hand at new concepts such as interior refinement, custom alloy wheels, and undercarriage aero. A partnership with Suzuki and Ferrari took place in 1980 and would mark the beginning of Zender’s series of “take overs” as an authorized dealer for various luxury and performance brands. Zender’s portfolio would expand well beyond Volkswagen and into body upgrades for Alfa Romeo, Audi, BMW, Ford, Jaguar, Maserati, Mercedes, Opal, Porsche, Peugeot, and Renault. Regardless of the project, Zender strived to improve aesthetic appeal with an emphasis on functionality. The focus on function would be one of the distinct attributes credited to Zender, who tirelessly tested products in a purpose-built wind tunnel located on site. This testing would set Zender apart from the rest of the bunch by providing concrete scientific evidence of the aerodynamic improvements through modifications to a vehicle’s exterior. Although rooted in racing, Zender also paid strict attention to pedestrian safety by testing their spoilers for impact and ultimately mass producing them with a foam composite called Pur-Foam for street applications. These successful projects would be lucrative for the brand and serve the greater purpose of preparing the company for the next step, the Vision 1. 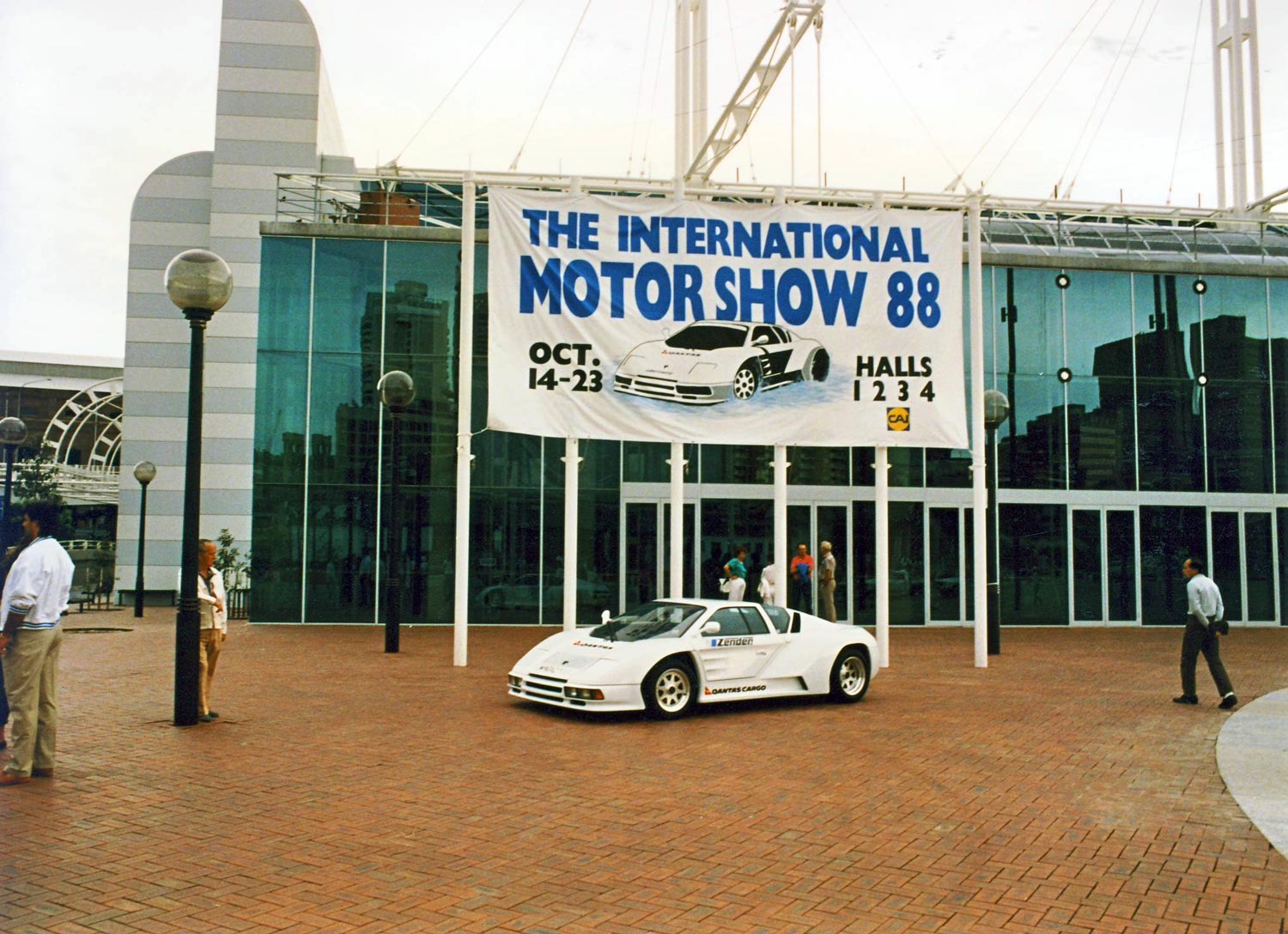 The Zender-Group would spend the next decade transforming their vision(s) to a reality. The Vision 1 was highly technical and stylistically advanced concept car created for the 1983 Frankfurt Auto Show. Using an Audi Quattro as the bare bones for the car, the Zender Group beefed up the legendary five pot by pairing a more aggressive camshaft with a healthy porting of both the intake and exhaust. These modifications would pad the Vision’s stats by around 40hp while maintaining all the positive accolades associated with the Quattro motor. Hans Zender had an extraordinary eye for design and created a handsome and well received exterior to wrap around the chassis of the Audi. The Vision 1’s success would be parlayed into two more models under the same moniker that followed the previous formula—take a groundbreaking piece of technology and break the ground further. In 1989 Zender introduced the Fact 4, although it wasn’t the last concept car the company produced, it may be the most important. 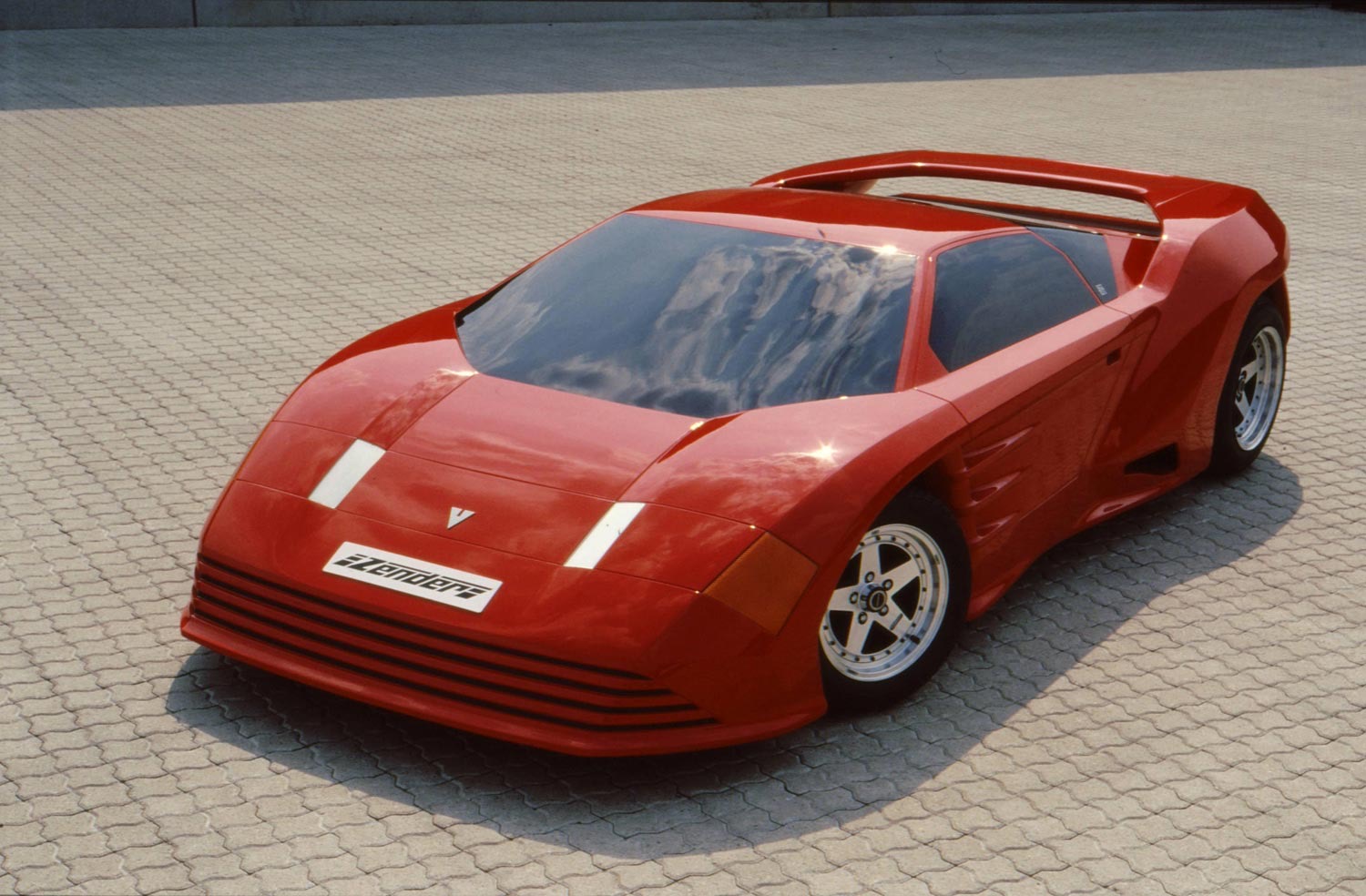 The final iteration was a product that reflected decades of experience and employed never-before seen technology that’s still being used today. Let’s put it this way, every time the F1 monocoque saves a life, Hans Albert Zender’s heart grows two sizes. Concept cars were a demonstration of engineering prowess, and the company would continue to produce various models into 2001, but Zender would ultimately shift its focus from producing complete vehicles into more lucrative manufacturer partnerships with companies like Ferrari, Alfa Romeo, Land Rover, and Jaguar. Although not as grandiose, this would prove to be a beneficial financial move and would help keep the lights on through today. 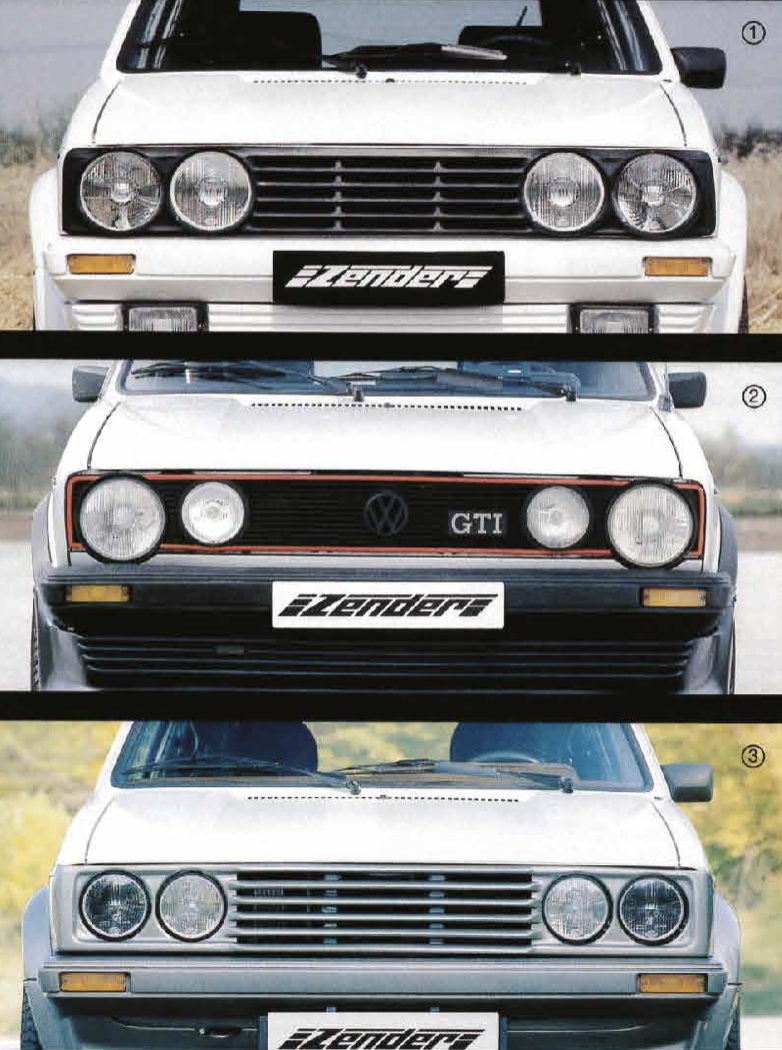 Zender continued to produce aftermarket body parts into 2008 before shifting focus to more profitable sectors of the automotive industry. Catalogues from the early 2000’s returned to Volkswagen AG as the cornerstone of the tuning division where the company tackled a surprising number of unique vehicles. The Eurovan, Beetle, and Passat would all see their own line of parts along with continued work on the GTI and new B5 series from Audi. The economic recession hit consumers hard, and the company struggled to find the same success as they once had. After nearly four decades of aftermarket success Hans Zender would address the public to announce the discontinuation of the tuning division in a short press release that can still be found on the website. Business since 2008 has been centered around the further development of carbon fiber as well as various projects with OEM brands such as Fiat, Jaguar, and Land Rover. Zender has always been praised for their adaptability and that’s ultimately what would guide them away from automobiles and into their current and venture into the medical field. 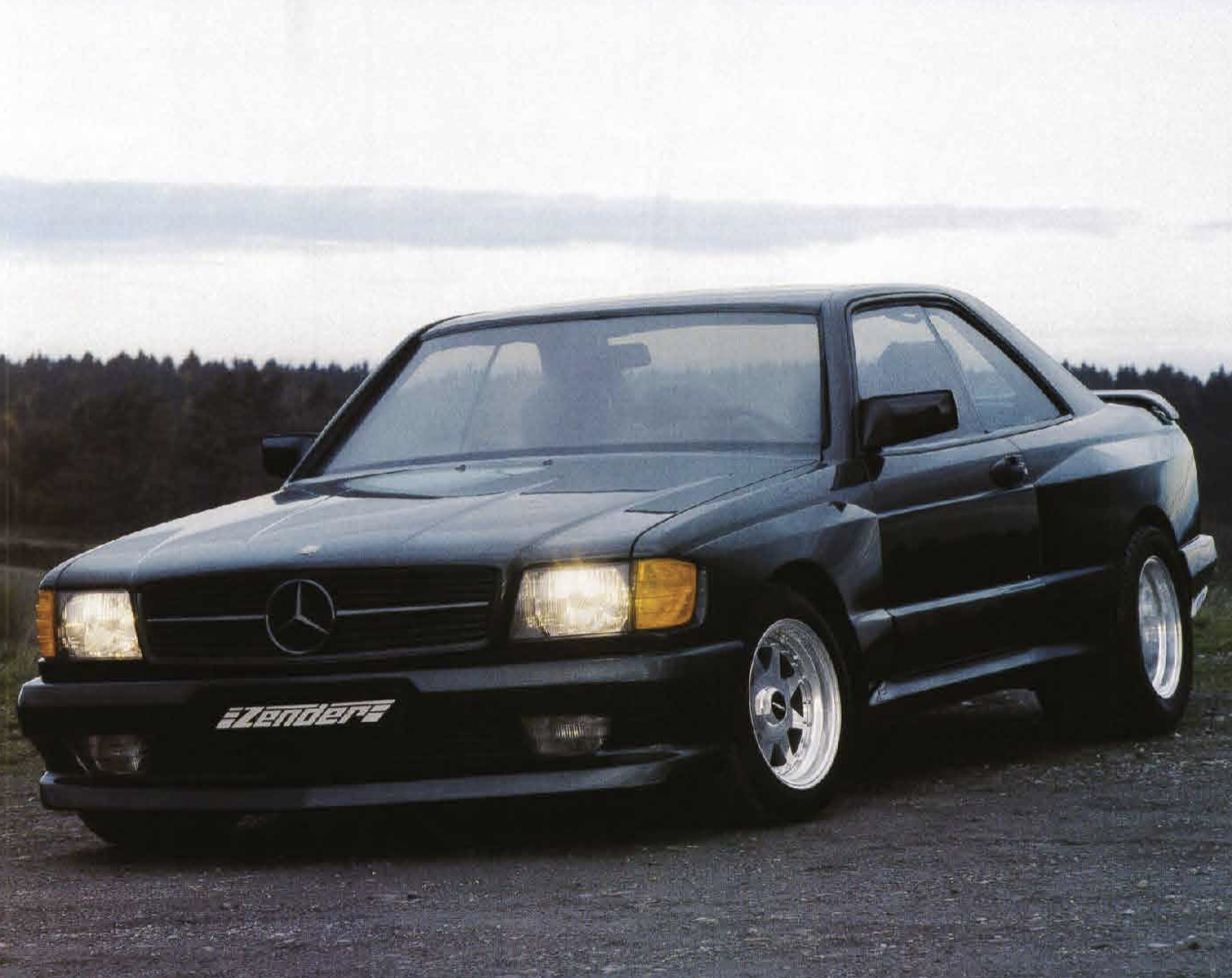 Since becoming medically certified in 2020, Zender has produced several masks with varying applications to meet the global demand during a supply shortage. Like everything else Zender has done, they have an uncanny attention to detail and have transitioned into the medical field successfully. Mr. Zender is now in his mid-70's and doing well. He recently sat down with the Alte Schule (Old School) Podcast on July 21 st 2021 to discuss the origins of the company as well as detail his involvement as a consultant and workbench for the various manufactures.

The podcast is thorough but also happens to be in his native tongue, German. The Zender family has retained ownership of several vehicles and a few Vision prototypes are housed in the Zender museum to pay homage to their roots. Although the company’s days as an auto tuner are over, it’s important to emphasize how much the tuning sector’s foundation is built on the ideologies of one humble individual. Hans, if you ever read this, danke für alles.